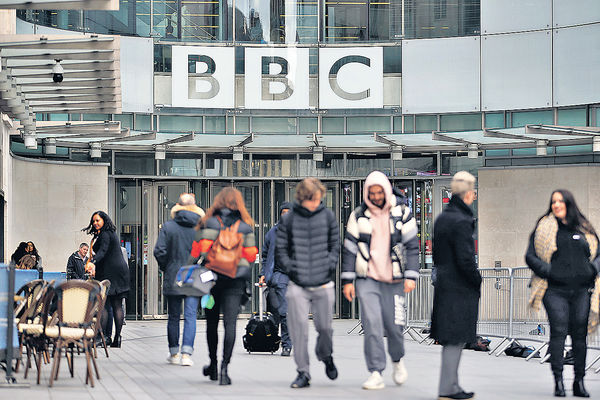 Canberra’s muted reaction to the discovery of a new Covid-19 variant in the UK stands in stark contrast to its ban on travellers from China in February 2020.

It also reveals the unacknowledged racism that still lingers at the core of Australian policy decision making, says Daryl Guppy.

It was September 20 when a new variant of Covid-19 was first identified in the English county of Kent. Yet public acknowledgement of this highly transmissible new strain did not come from Britain’s health secretary, Matt Hancock, until December 14. Had this happened in China, Western media outlets would have been quick to allege a “cover-up” – but in the event, the UK’s almost three-month delay in notifying the world went largely unremarked upon by much of the West, including Australia. This double standard could be explained away in political terms. China is considered unfriendly, so for many in the Australian media, much of what China does is seen as part of a dark security conspiracy. Britain, on the other hand, is on “our” side, so we are more tolerant of its errors and omissions. It is OK for the UK to be “learning about it as we go”, asOk British Prime Minister Boris Johnson has said of the pandemic.

Such duplicity harks back to Australia’s colonial past as a European outpost in Asia. It is a heritage that has more than a hint of racism at its core, which increasingly pervades the strategic framework of Australian foreign policy in the region and has been borne out by the country’s reaction to the new UK strain. Despite this new variant being highly infectious, Australia has still not banned travellers from Britain – a full month after the UK health secretary finally acknowledged the strain’s existence.

Indeed, it was only last week that the Australian national cabinet belatedly decided to impose preflight coronavirus testing on passengers coming from the UK.

Australia now has an increasing number of cases of the UK Covid-19 variant, some of which are contained in quarantine facilities for returning travellers. At least two infections are in the community, however, and triggered a three-day lockdown of Brisbane, Queensland’s capital. Few have questioned the efficacy of so short a lockdown to control a virus that has a 10- to 14-day incubation period.

Australia’s muted response to the new UK variant stands in strong contrast to how it reacted in the early days of the Covid-19 outbreak. On February 1, the country quickly banned foreign nationals on flights from mainland China, including those in mid-air, just one week after Wuhan had gone into lockdown. It was not until March that travellers from Italy were banned. By April it was clear that the United States was well on its way to becoming the epicentre of the pandemic, yet travellers from that country were still allowed in. And throughout the year, Australian citizens, residents and their immediate family members have been able to arrive in the country from Britain, despite its surging infection rates.

The restrictions on those travellers coming from mainland China, however, have continued all through 2020, and are yet to be lifted. China – and other observers in Asia – have watched all this with a degree of resignation, because it is a continuation of a policy approach that has seen Australia revert to its colonial past.

For a brief time before the turn of the millennium, under former prime ministers Bob Hawke and Paul Keating, Australia’s foreign policy moved towards the country’s integration with Asia as an equal partner.

The creation of the Asia-Pacific Economic Cooperation forum (Apec) was largely an Australian initiative, but not one dominated by Australia. Subsequent leadership changes shifted the focus as the country came to believe it played an important leadership role in advancing Western values in Asia. Infamously, and with no hint of hubris, former Prime Minister John Howard accepted then-US President George W Bush’s description in 2003 of Australia as a “sheriff” of Asia. By 2018, the language of a Western rules-based global order and the denial of governance legitimacy to those who did not uphold democratic ideals began to pervade discussions by former Foreign Minister Julie Bishop, and more recently Australia’s Defence Minister Linda Reynolds.

To his credit, current Prime Minister Scott Morrison declined to fully sign up to US Secretary of State Mike Pompeo’s 2019 call for a clash of civilisations, but nor was there an outright rejection of this philosophy.

The return to a quasi-colonial outlook is reflected in Australia’s rejection of the UN motion condemning Britain’s occupation of the Chagos Islands. Part of this colonial possession – the island of Diego Garcia – was gifted by the UK to the US in 1970. Australia was one of six countries to vote against the UN resolution. Most recently, in February last year, Australia quietly announced plans to effectively militarise another UK colonial gift, the Cocos (Keeling) Islands, so that the airfield there can support the deployment of Boeing P8-A Poseidon aircraft.

This anachronistic outlook is also reflected in the country’s increasing tendency to scold others in the region and tell them what they must do.

Rather than accept development assistance from China, Pacific island nations are pressured to reject it and, by implication, learn to live with poor infrastructure and inadequate facilities. Australia’s Pacific Step-up policy, first announced in 2016, is more about preventing aid from China than it is about matching the need for development assistance.

Unlike New Zealand, which has delivered widespread vaccine assistance to Pacific nations, Australia has been the first to warn others in Asia of the dangers of China’s vaccine diplomacy. Does it really mean that countries like Indonesia should reject Beijing’s assistance? Perhaps not, but these warnings do not come with alternatives. These unconscious features of Australia’s strategic policy approach to Asia and the specifics of its policy action, such as the refusal to ban UK travellers, reflect this outlook. Certainly officers of Australia’s Department of Foreign Affairs and Trade do not see themselves in a quasi-colonial role, but such is often the real impact of the country’s policy decisions.

The decision not to ban travellers from Britain clearly signals that Canberra continues to apply one set of rules to one group, and another set to Asia. This undermines not only Australia’s already poor relations with China, but also its ties with the rest of the continent. Despite what Australia proclaims, for many in the region, it is clear that unacknowledged racism still lingers at the core of Australian policy decision making. The UK Covid-19 variant has tested Australia’s foreign policy integrity in Asia, and the country has been found wanting.

Daryl Guppy is a financial market and political analyst based in Australia and working in China and Singapore. Author of many books, he provides China engagement support for government and companies. He serves on the Australia China Business Council and the Silk Road Chamber of International Commerce.